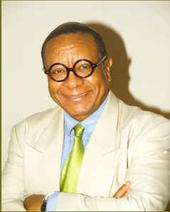 Dr. Hicks is a graduate of the New England Conservatory of Music (BM in composition, ’76), the University of Massachusetts (Lowell), (MM in conducting, ’83), Andover Newton Theological School (M. Div., ’88), and most recently, Gordon-Conwell Theological Seminary (Doctorate in Ministry, ’09).

The First Baptist Church is blessed to have Dr. Hicks as our Minister of Music.  As his faith has always been strong, combined with his love of preaching, he has also assumed the leadership of Co-Pastor and preaches every other Sunday.

I grew up in Kenmore, New York, with my mother, father, and three sisters.  My father was the principal at Herbert Hoover Junior High, and my mother, a homemaker.  Our family was particularly active in the church life of Knox United Presbyterian Church.  My life was filled with school, Boy Scouts, sports and church activities.  Uniquely special to my family was having a cottage in Ontario, Canada.  Kawagama Lake is near Algonquin Provincial Park.  My father built the cottage, keeping it relatively simple.  To this day my extended family is blessed to still have this special property.

During my youth I felt a stirring within me, directing me toward pastoral ministry.  Encouraged by my pastor I attended Gordon College, Wenham, MA, in the fall of 1971.  As a sophomore I met Deborah Goldie who grew up in Wakefield, MA.  We were married in 1976.  In the early years of our marriage I was the part-time senior high youth director at Trinity Baptist Church, Lynnfield, MA, while working a year as a bank teller and then as a cook at Landmark School which specialized in teaching children with learning disabilities.  During this time I began as a part-time student at Gordon-Conwell Theological Seminary, graduating in 1983 with a Masters of Divinity.  In my last year in seminary I served as a student youth director at the First Baptist Church of Abington, MA, where I was called as the full-time Associate Minister of Christian Education, serving for four years.  In May 1987 I was called as the pastor to the First Baptist Church of Hingham.

Deborah and I have two daughters, Kendra and Andria, and two granddaughters, Alice and LuLu.

Through all the events of my life, I have followed the inner sense of God's calling to pastoral ministry.  The Lord's Spirit, along with the support of various church communities, has sustained my calling, guiding me through these years of service in the Kingdom.